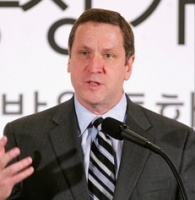 Under his leadership at the USGBC, more than 100,000 residential and commercial buildings and communities in 129 countries are participating in USGBC’s market-leading LEED green building program, and more than 170,000 individuals hold LEED Professional Credentials. Of its many programs, The Center for Green Schools at USGBC is Fedrizzi’s passion, with its goal of every child being in a green school within this generation. He serves on numerous boards and advisory committees, including the Center for Health and the Global Environment at Harvard Medical School, and the American Architectural Foundation. He is chair of the Scaling Sustainable Buildings Action Network of the Clinton Global Initiative. Among his honors are the Charles H. Percy Award for Public Service from the Alliance to Save Energy, the prestigious Olmsted Award from the American Society of Landscape Architects, and the Arents Award from the Syracuse University.